Did you know that the ancient Egyptians used lizard’s dung and ox blood to prevent their eyelashes growing?  I bet you didn’t – and neither did we until we started putting together a workshop on ancient Egypt for primary schools. Here at the Special Collections Centre we have some marvellous collections of notebooks, journals, sketches and hieroglyph translations by Victorians who travelled to Egypt in the 19th century.  These records of archaeological findings are great source material for working with school pupils.

Yesterday we launched the new workshop “Discovering Ancient Egypt” for the visit of two P4 classes from Buchanhaven Primary School.  The pupils spent an entire day here between the University Library and King’s Museum.  They saw a watercolour painting of an ancient sarcophagus, an archaeological “squeeze” of a tombstone, and the field notes of an Aberdeenshire lady Ellen Pollard, who copied and translated Egyptian hieroglyph medicine recipes.  The children learnt all about the horrible ingredients the ancient Egyptians used to sort out their health problems!  Here’s a taster of what’s in Ellen’s notebook:

for internal organ pain, take “milk of one who has given birth to a boy lying down. Put in new earthen vessel to become cream. Rub pains all within”.

Check out some of the photographs of the pupils’ visit below. 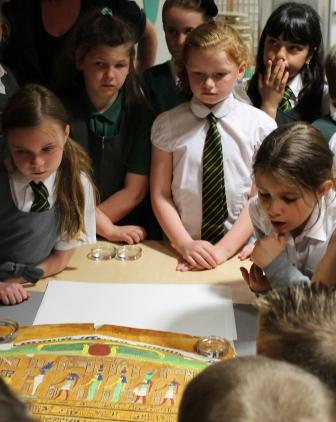 Pupils examine a painted archaeological “squeeze” (a 3-D paper imprint of an engraving). 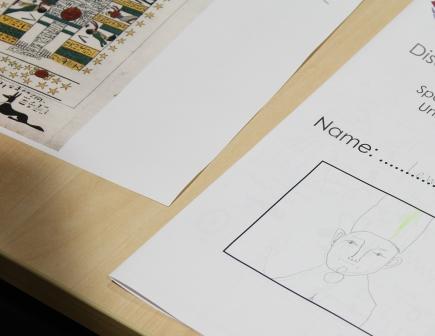 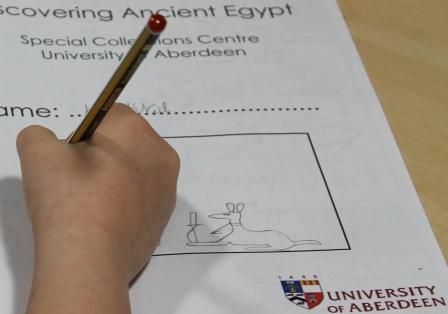 The pupils made detailed observational drawings of a watercolour of a sarcophagus.   In the 19th century archaeologists didn’t have the technology we have nowadays for recording what they saw, so this painting was a way of recording what was discovered in the field.  The pupils were using the same technique to record what they observed on their visit. 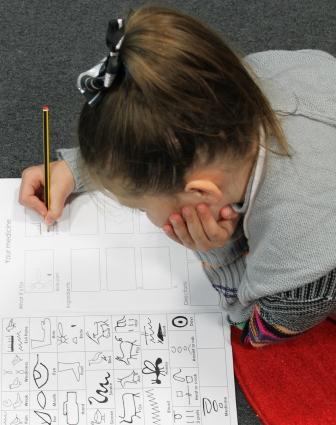 The children made up their own medicines using the gory ingredients the ancient Egyptians themselves used, and wrote it out in hieroglyphs.  Then they made up adverts for their medicines and acted them out for the rest of the class, showing miraculous recovery from ailments such as broken arms, sore heads and weak eyes. 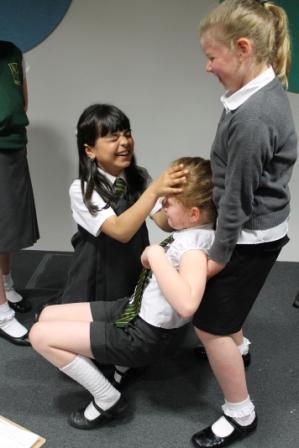 A patient is treated for an evil pain in the head. 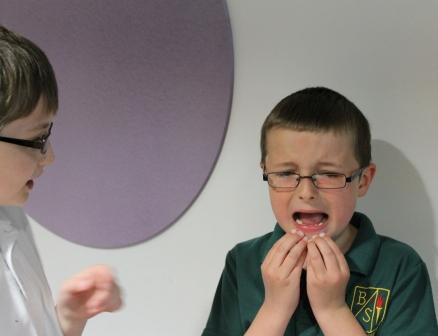 A patient suffers from a sore mouth. 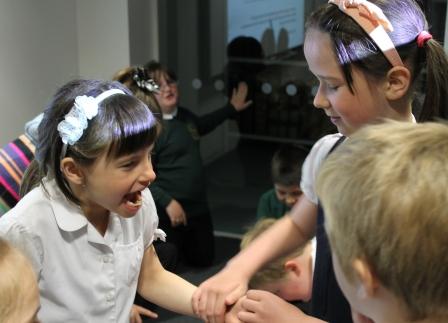 A doctor treats an injured arm. 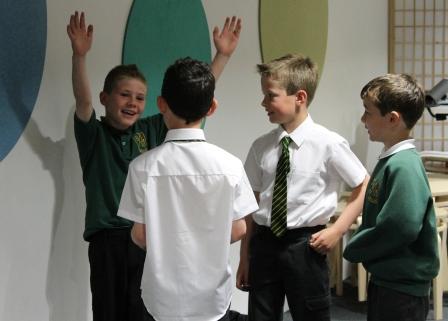 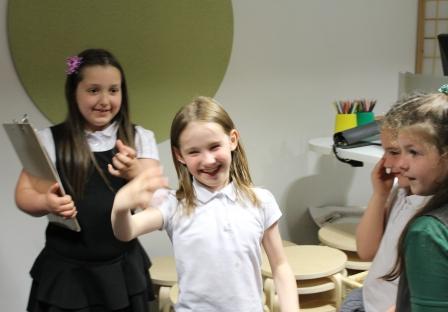 A pupils directs a scene showing recovery and advertising the cure.