Sarah and I don’t always stay inside the four walls of the lovely Sir Duncan Rice Library. Sometimes we wrap up warm (we are in the north of Scotland after all!) and go out and about. These “Travel Journal” posts will tell you where our learning adventures take us.

This week we were invited to St Peter’s RC Primary School to visit Primary 6 who we worked with in January. You can see the details of the project on their Guest Book post. When they were here at the SCC they explored the letters of the Laws family with us and began to get to know missionaries Robert and Maggie and their daughter Amy. Since then P6 have taken the project further in class and were keen to show us what they had been up to. They created art work using charcoal inspired by the Laws family. Some of the pupils drew some amazing portraits of Amy, which was interesting for Sarah and I to see as we have no photographs to show us what Amy looked like as a child.

Others drew scenes from Amy and her parents lives.

As well as art work P6 used their creative writing skills to write entries for Amy’s diary and letters from Amy to her parents. Some of the diary entries described Amy’s feelings at being told she would have to leave Nyasaland (now Malawi) to live with her aunt in Edinburgh. The pupils really captured Amy’s feelings of fear and excitement. The letters described what Amy’s life in Edinburgh would have been like including bike rides with Aunt Mary, seeing Edinburgh Castle and experiencing snow for the first time. The pupils read some of the letters and diary entries aloud to us. 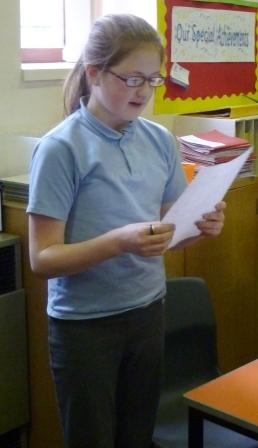 It was amazing how the pupils could put themselves in Amy’s shoes so well, especially since we don’t have any of Amy’s letters. It really brought her to life for us. 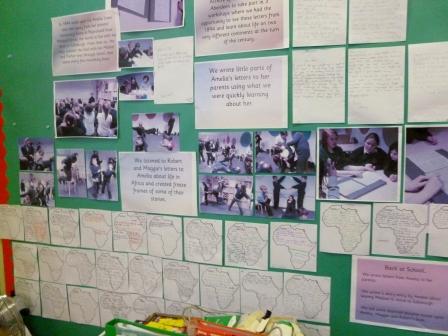 We also got the chance to look at the display that P6 had made on their classroom wall about their visits to the SCC. We don’t often get the chance to see the pictures that the class take when they are with us or see what happens once they leave the library so we really enjoyed our trip. Thanks for having us Primary 6!