It has been an action-packed fortnight here at the Special Collections Centre, with two “Global Explorers” summer schools in two weeks. Two sets of 14 children underwent intensive training as explorers and set off on an expedition to Alaska, via the Cruickshank Botanical Gardens …

Intrigued? This is how it all happened!

Our exploration team recruits spent the morning in training. First they investigated how people in the past have recorded their expeditions and travels, by doing a gallery trail around the current Wanderlust exhibition and examining examples of archives and manuscripts close up. Our expedition teams would have to include navigators/mapmakers, photographers, artists and comms officers, so the trainees looked at examples of maps and plans, journals, photographs and sketchbooks. They noticed how geographical features were depicted, how symbols were used, how a set of photographs could tell a story about a place and its people, and how artists could annotate their sketches to include extra information.

With this information in mind, the participants “applied” for their preferred job. Then it was on to individual training in their various roles. The mapmakers tested out their skills by drawing plans of the SCC foyer (a complicated space with lots of different architectural features!), and the comms officers practised different ways of reporting, including using Twitter and Facebook. The photographers and artists learnt how to record people and place, in different levels of detail.

Each summer school was then divided into two teams, and after a team-building exercise where the explorers worked out how to make igloos, polar bears and husky sleds using only their bodies, the teams chose team names, mascot names and designed their team flags. 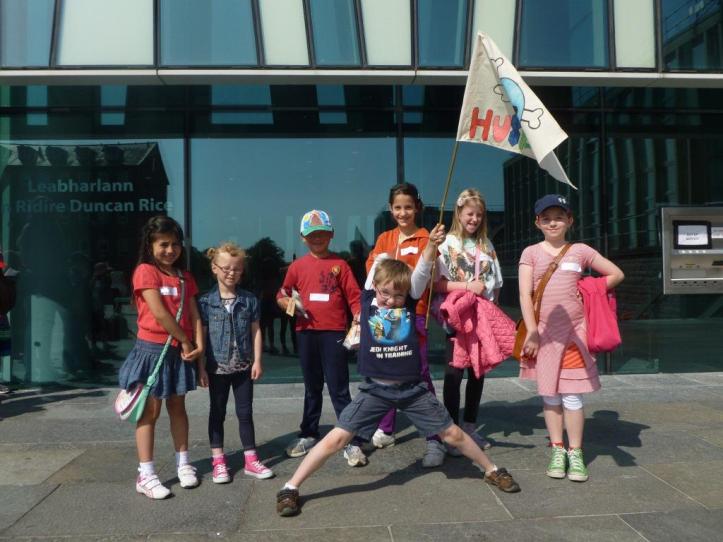 Now fully trained, the explorers were ready to go on an expedition!

The teams made their way to “Alaska” (a.k.a. King’s Museum) via the Cruickshank Botanical Gardens. There the teams split into their different roles and set about exploring the sunken garden, mapping its shape and outline, sketching interesting features, photographing the place and the exploration process, and sending reports out via social media. We were so lucky with the weather! The gardens made an idyllic spot for exploring.

As one of our comms officers wrote evocatively:

So peaceful here in the garden. You can hear the birds chippering on tips of trees. So much couler in the petals. Red, yellow, purple and so many other. As the other groups scatter around looking for interesting trees and plants. Searching high and low. People drawing, people snapping pictures and people just being moved to an enchanted world they never knew egsisted. My favourite place is in the beating sun. Sitting on a cut down tree. The smell is beautiful all the smells of the flowers as they happily sway in the soft breeze of the wind. It’s hard to think of a world without plants and trees to look at. No waiting for plants to grow. But here that idea doesn’t even come to mind. 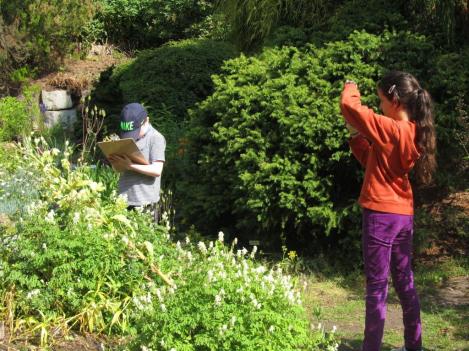 Then it was on to “Alaska” where the explorers gained entry with passports to find out about Yup’ik life and culture. The Yup’ik people are native to south west Alaska, and a recent archaeological excavation by the University of Aberdeen on an abandoned village site has uncovered a wealth of fascinating objects which tell how people there lived 100 years ago. The artefacts are currently on display at King’s Museum, and the children handled some real Yup’ik objects, including snow goggles, knives, and trading goods. They also made their own clay charms based on the ivory and bone “lucky charms” that Yup’ik hunters took with them on their hunting and fishing trips. 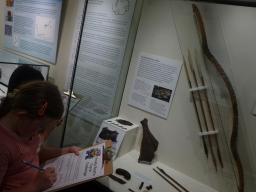 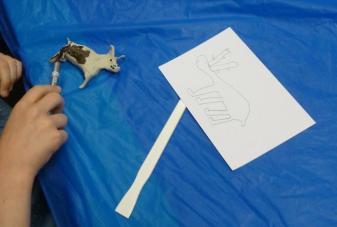 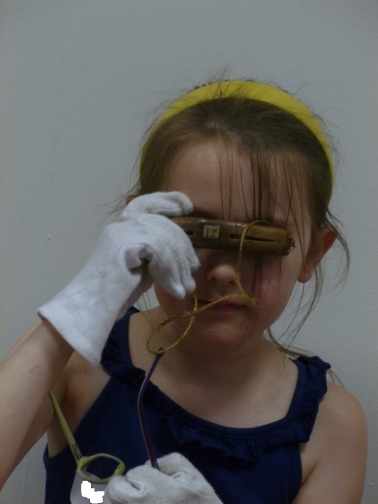 Here is a sample of the photographers’ work … 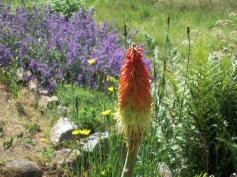 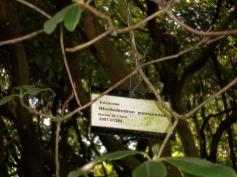 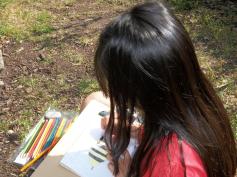 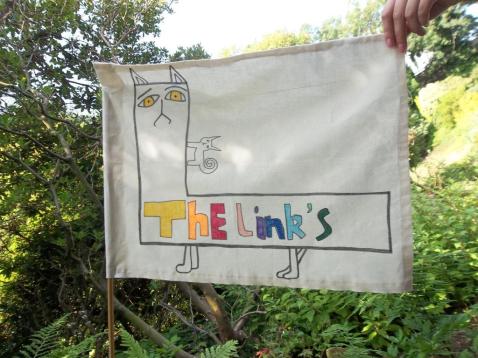 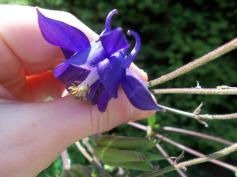 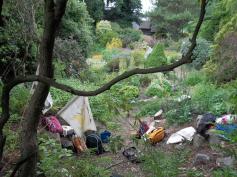 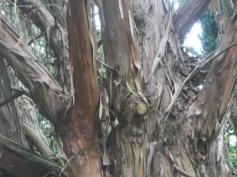 … and of the artists’ and mapmakers’ work: 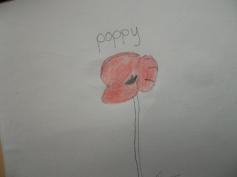 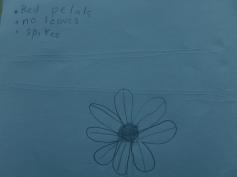 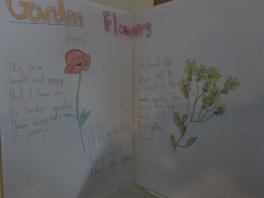 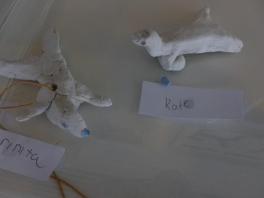 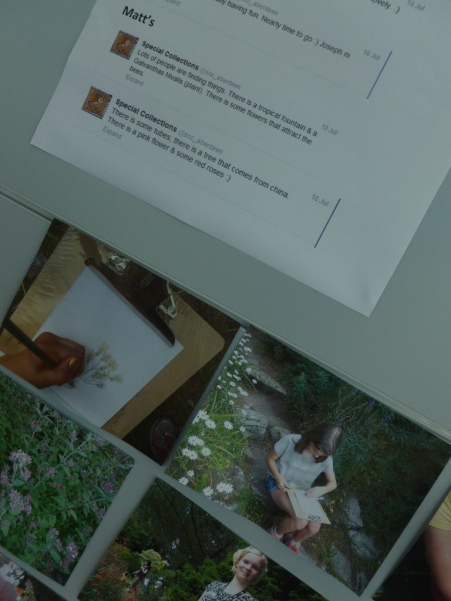 After all that exploration, fact finding and recording, the teams had to put together an exhibition for their “funders” (i.e. their parents). Day 3 started off with some recap games, including making “freeze frame” pictures of the expedition the day before. 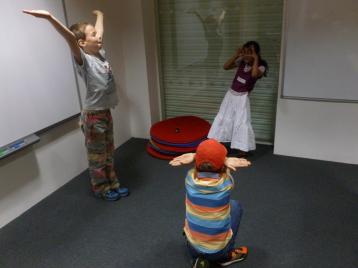 The teams then put together reports and then curated their expeditions, using the display strategies they had seen in the Special Collections Gallery and King’s Museum as inspiration. Their exhibitions looked very professional, with the use of book supports, text panels, labels and even an interactive voting activity. Comments sheets were provided for feedback, and “do not touch!” signs created to protect the exhibits. 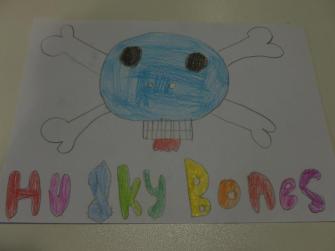 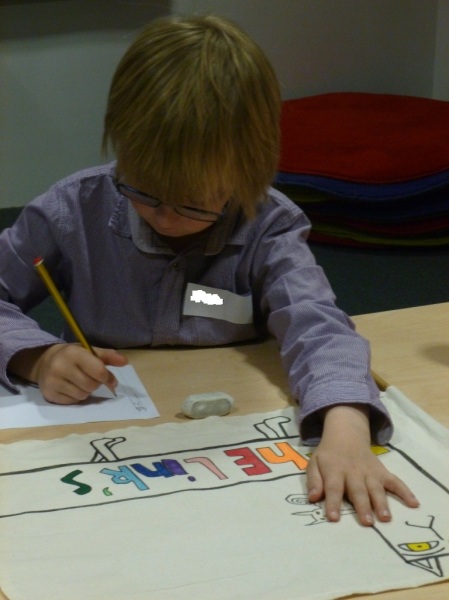 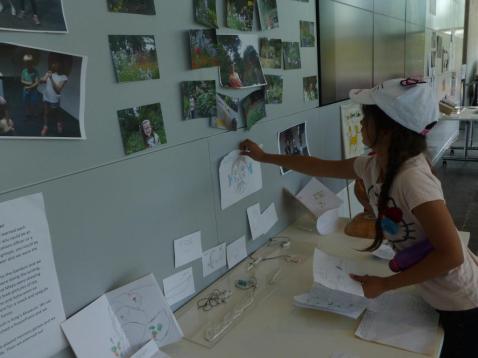 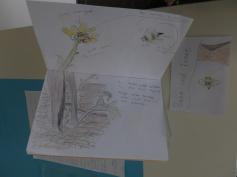 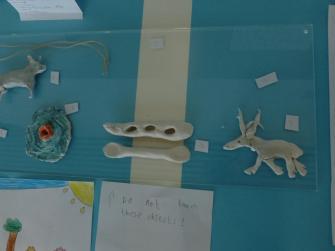 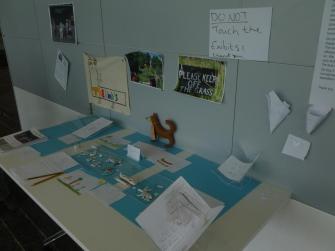 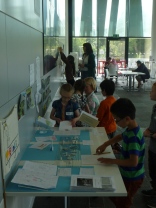 And now summer school 2013 is over. The feedback from both parents and children was very positive, and we look forward to planning summer school for next year!