February was our busiest single month for school workshops so far, with lots of schools visiting to learn about Medieval medicine and art, the Ancient Egyptians and the Jacobites. We also kick started our 2015 Family Fun programme on Saturday 21st with a fantastic afternoon of architecture and design.

For Discover the World: India we decided to take our inspiration from the wonderful watercolour sketches of early 19th century traveller and connoisseur, Robert Wilson. In an age when it took months to cross an ocean and the only way of getting across Europe faster than your own feet could take you was to go by horse, Robert Wilson explored Mediterranean Europe, Egypt, Nubia, Persia (now Iran) and even India. This intrepid explorer bequeathed his collection of travel journals to the University of Aberdeen, and now they live in the Special Collections Centre. We were very keen to use his Indian journal for Family Fun, as it shows his fascination for Indian architecture, in particular the magnificent Mughal tombs and palaces. 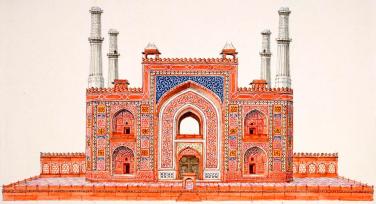 (copyright for all images belongs to the University of Aberdeen)

We took inspiration from his drawings to design our own Mughal-style palaces, creating mock-up facades and decorating them with typical Mughal architectural features such as onion domes, arches, minarets and chatris.

We learned a lot about Mughal architecture. The Mughals (pronounced MOO-gulls) were a Muslim dynasty of emperors who conquered most of India and reigned for over 300 years. They built very large, grand buildings which are famous for their beauty and splendour. The most famous of these is probably the Taj Mahal, which was built by one of the emperors as a tomb for his wife. 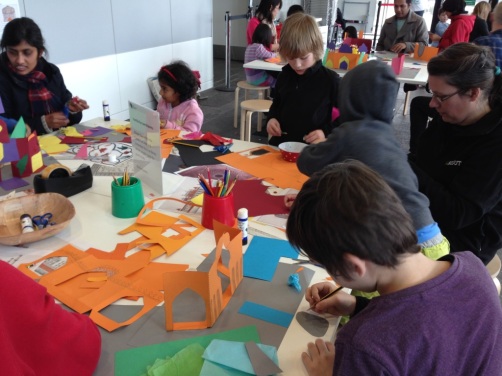 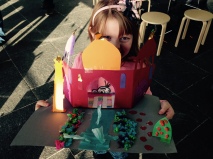 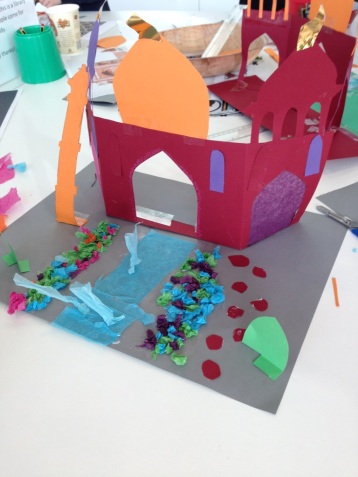 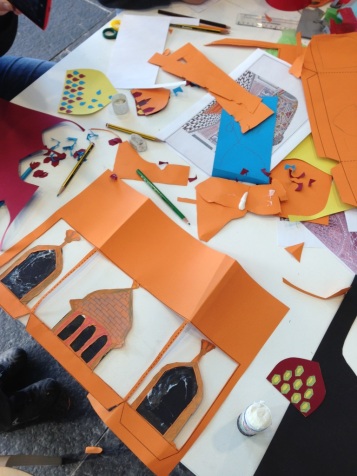 Make your own Mughal palace

If you would like to create your own Mughal palace facade, feel free to download our wall template (click on the link below). Print the template out to A3 size on card, and then cut it out, fold where instructed and stick it down on to a second piece of A3 card. This is your basic wall structure, standing on the ground. Now you can draw and cut out domes, arches, minarets and chatris and add them to create a fantastic Mughal building. Use the photographs above from our Family Fun to give you ideas. And don’t forget to decorate the walls! Every inch of a real Mughal building was covered with intricate tiled decoration.