This summer may have felt a bit polar here for most of us so far, but yesterday at Family Fun we learned what summer life has really been like in the Arctic for those who have lived there. After exploring our current exhibition The Far North, the children made their own miniature tupiit, or Inuit summer tents, and designed their own kamiks, or boots. 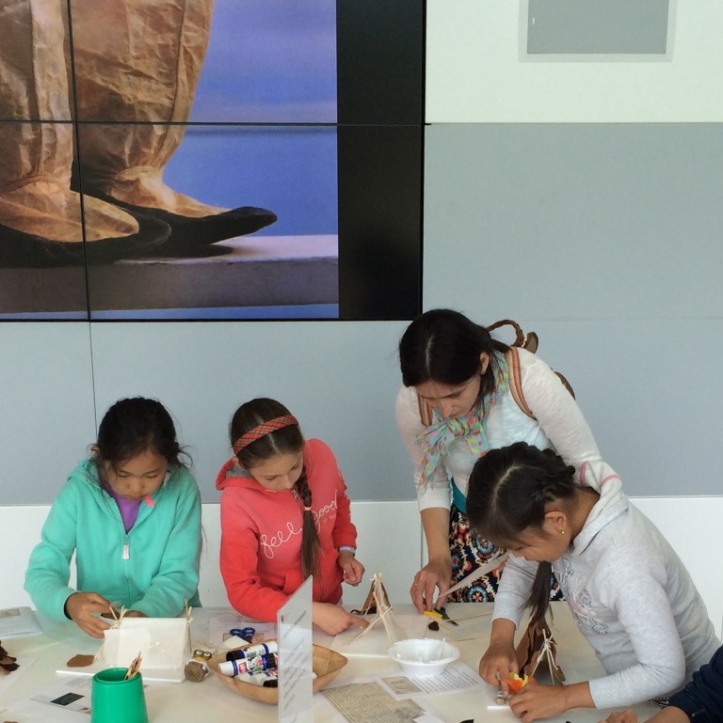 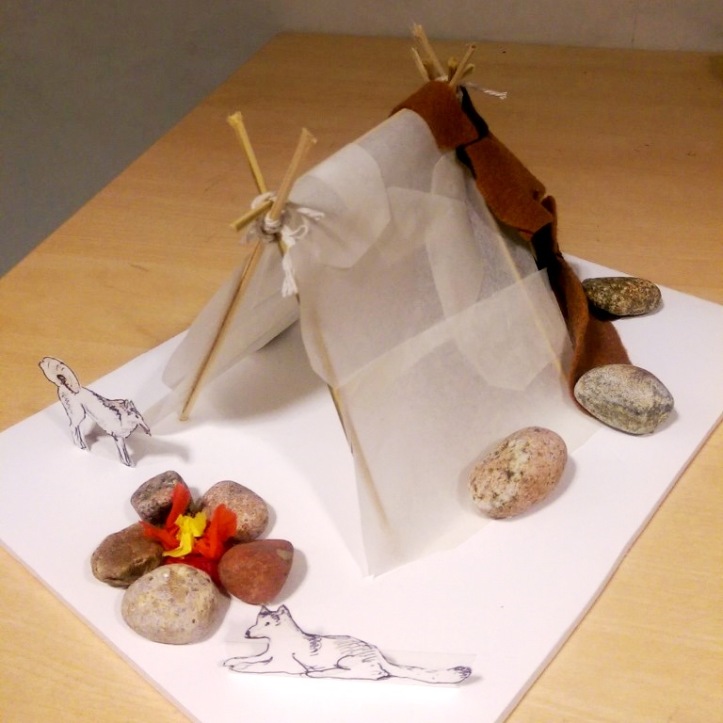 Traditionally the Inuit of northern Canada were nomadic in the summer. This is because they had to follow the animals they hunted, in order to get enough food and materials for all aspects of daily life – not only for the summer but for the long winter ahead. When the animals moved on, the Inuit had to move with them, so in the summer they lived in tents. The tents could be put up and taken down easily. The Inuit word for an Inuit tent is tupiq. The plural is tupiit. So they would speak of one tupiq, but two tupiit. A tupiq was made entirely of animals. The poles for the tent were made of whale bone. Animal skins were stitched together expertly to make a waterproof cover. Since summer in the Arctic is light the whole time, the skins at the back of the tupiq had the hair left on, to keep the light out and make a dark place for sleeping in. At the front of the tupiq the skins had the hair removed, to let the light in and make a pleasant living area. Cooking was mostly done outside, to prevent the tent from becoming too smoky for comfort. Here in the Special Collections Centre we have a drawing and a plan of an Inuit tupiq, made by Davie Cardno, a 19th century whaler who came from Peterhead. Davie stowed away at the age of 13 on a whaling ship, and for the rest of his life he worked in the Arctic. He spent a lot of time with the Inuit of Baffin Island, and he made notes on their way of life, which we used yesterday to help us make our own miniature tupiit. 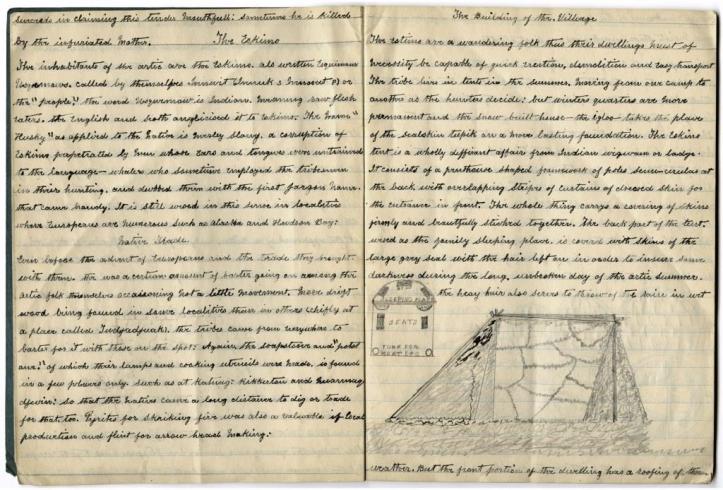 Of course we didn’t have animals skins and whale bones to make our tents! Instead we used felt, waxed paper and barbecue skewers. We also used pebbles from Aberdeen Beach as rocks to hold down the tent coverings and make fire places. It was great to see the children not only build their tupiit, but also populate them and add extra features to make them more realistic. Some had door flaps added and sleeping bags installed inside, and some had meals being cooked on the fire – a roasted seal on a spit in front of one tent and a salmon smoking above the fire in another! 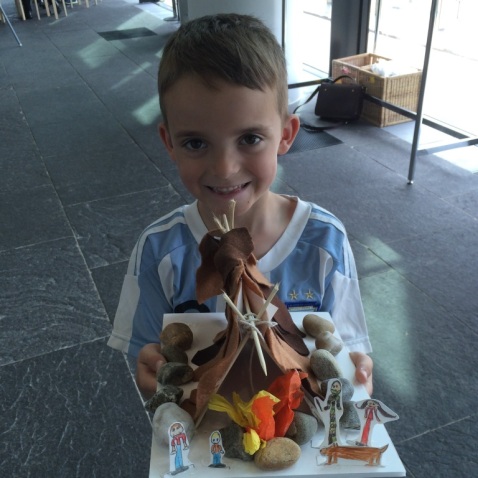 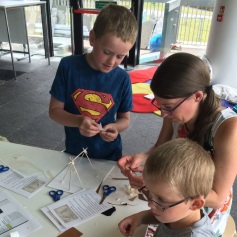 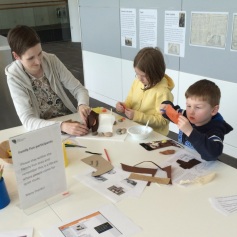 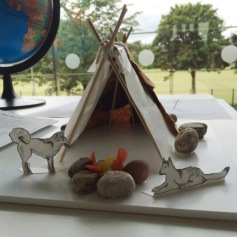 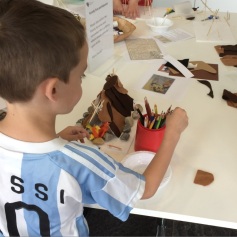 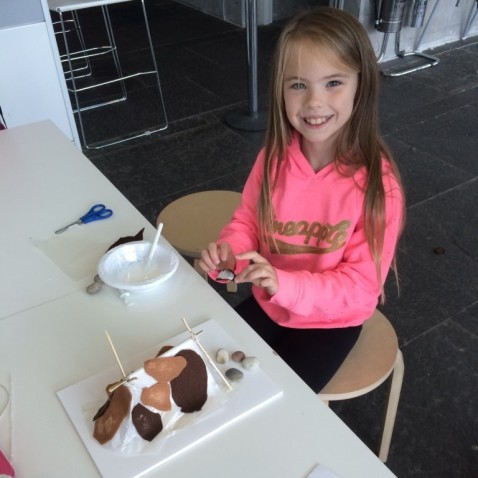 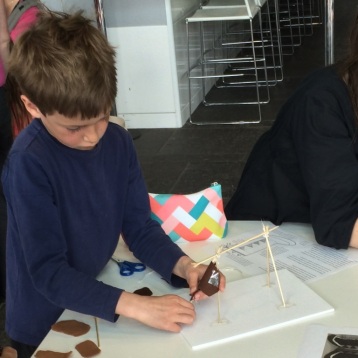 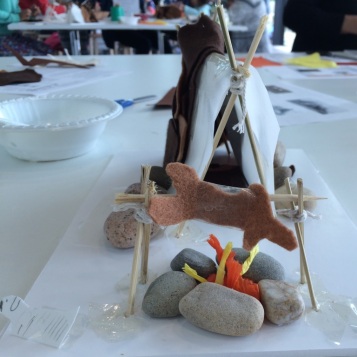 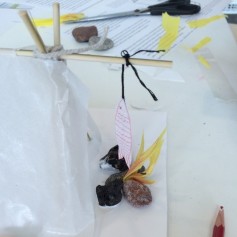 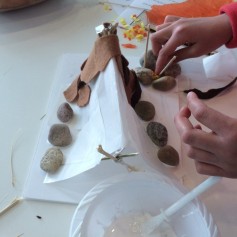 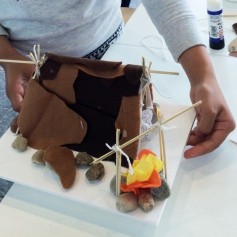 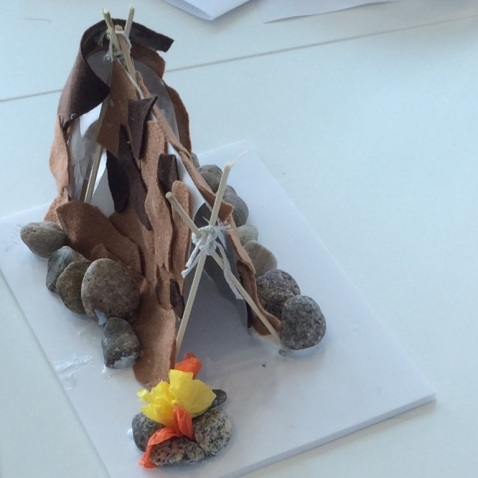 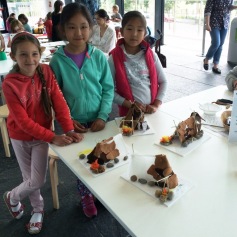 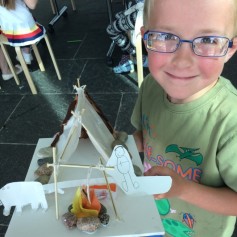 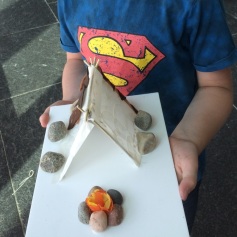 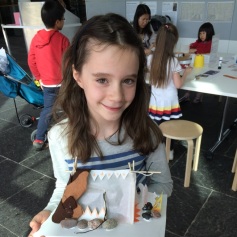 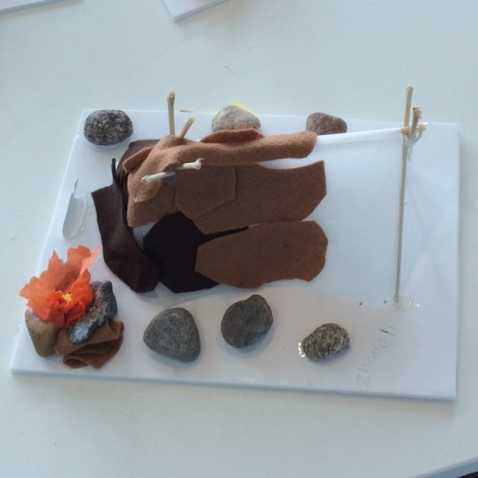 Kamiks (boots) The word for an Inuit boot is kamik. Kamiks are made of animal skin and fur, and they have different layers for different weather. Even though the Inuit can now buy mass-produced boots made of modern materials like rubber, many people in the Arctic still prefer to make their own, as fur and skin are more breathable. It is difficult to keep your feet airy and dry when you have to wear thick boots all the time to keep out the cold, so it is important for your boots to be as breathable as possible. Different Inuit communities have different styles of boots. This is partly because the animals vary from place to place and so the skins and furs available are different. It is also to do with local traditions of design and pattern, and individual bootmakers’ own tastes. Making a pair of kamiks is a long, complicated and difficult process. The animals must be hunted, the skins must be prepared, and then the boots must be constructed so expertly that they are water tight, as well as beautiful. Everything in the boots comes from animals, usually seal and caribou. Even the thread the pieces are sewn together with is made from the muscle sinew of caribou. If you are interested in finding out more about kamiks, there is a really good online exhibition about them at www.allaboutshoes.ca/en/. This is where we found a lot of our information about kamiks. 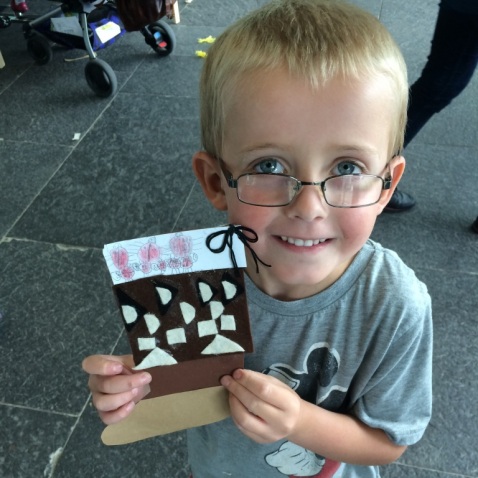 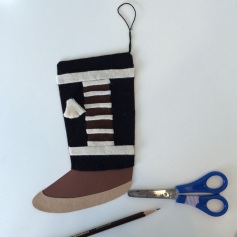 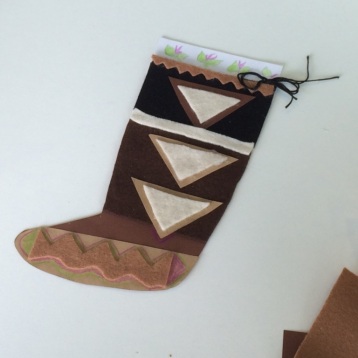 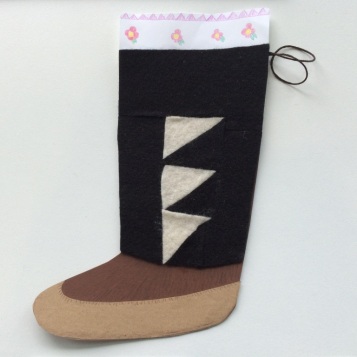 Are you interested in coming to Family Fun at the Library? We will be running two more sessions linking in to the Far North exhibition this summer, on Wednesday 29th July and Wednesday 5th August. Both workshops run 1-4pm, are drop-in sessions and free. If you would like to be on our mailing list to receive information about future similar events, let us know by emailing scc.learning@abdn.ac.uk.