The term gauffered edges is often seen in the catalogue descriptions of bindings in our collections. This is a lovely decorative feature of some books, where the edges of the text block are decorated like this: 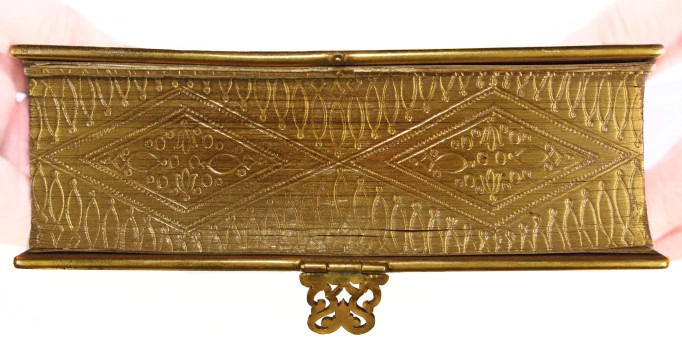 The term is thought to come from the French gaufre, meaning to impress or iron; and that is how the pattern is made, impressing a heated metal wire tool into the text block edge. The technique is usually found on gilded book edges. The edges of the text block (all the printed pages of the book, sewn together) are trimmed and then ploughed to make a smooth edge which was further sanded down to make as smooth an edge as possible. The edges were then covered in a thin coating of poliment, a clay-like substance, which the gold could adhere to.  Gold leaf, tissue fine, was then lifted onto this surface which had been first wetted with glair, a solution of egg white and water. The gold leaf was then burnished to a sheen using a smooth stone tool. As you can imagine, such a fine surface took time to create and was therefore a more costly addition to a binding.

The top image shown here comes from a copy of The Book of Common Prayer, printed and published in Oxford in 1843. This is a lovely example of a luxury Victorian prayer book and is modelled on the Book of Common Prayer that Queen Victoria was given on her wedding day as a gift from her mother, held in the Royal Collection. The publisher, The Oxford University Press produced Victoria’s book and there was probably a demand for similarly bound books. 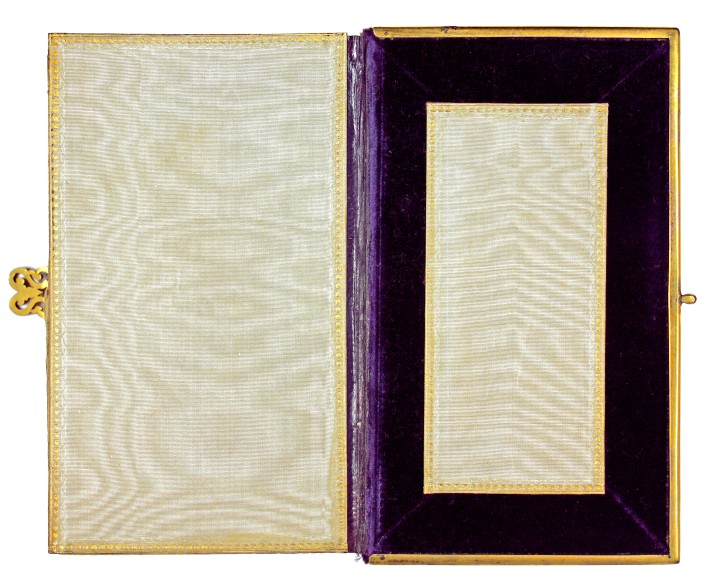 We don’t know who the original owner of this luxurious prayer book was, however, or if, it too, was a wedding gift. It is now part of the Taylor Psalmody Collection.

Gauffering was reserved for special bindings, and these three examples are found on presentation copies of medical theses from the University of Edinburgh.

These little books  were produced in highly decorative, celebratory bindings, presented by the student to his patron, professors, and friends or family. In the case of these books, they were presented in the 1780s and 1790s to James Gregory (1753-1821), Professor of the Institutes of Medicine at Edinburgh University and are held in the Gregory Collection in Special Collections.

The technique of gauffering is usually seen on gilded edges, where the edge is mirror-smooth and so highlights the pattern. However, we have a book from the 16th century where the red, painted edges are gauffered. The red pigment was probably cinnabar or red sulphide of mercury which would be laid over a size of glair, making a smooth, shiny surface on which the gauffering iron could be impressed.

This book is part of a two-volume set of the works of St Ambrose. It’s in very good condition and so was probably seldom read! It was amongst one of the earliest donations to Marischal College, that of Thomas Reid who donated his library in 1624. Reid was Latin Secretary to James VI and I and collected many books for their fine and elegant Latin.